Although La Familia is located in Palmarito, Puebla, Mexico, an extremely small town that is approximately a 40-hour drive (over 2,100 miles) from where I live in South Carolina, the people, businesses and schools there are not immune from the coronavirus. While none of our children have been infected with the virus, they have certainly been affected.

Among the local residents who attend of the church that meets on the second floor of the casa hogar, we have had only two members who have been diagnosed with the virus. It was a father and his son and neither of the men survived. As a precaution, the church has discontinued holding worship services until the pastor is convinced that it is safe to attend.

We just received word late last week that we had to outfit the casa with Internet capability so the children will be able to attend school via Internet transmission. All of the children will be having their school classes at hone from 7:30 A.M. Monday morning to 6:00 PM. At the present time, the Mexican government is not allowing face to face classes.

Silvia, Juan Francisco and the other members of the La Familia staff have been working 24/7 to get the equipment installed in time for the first day of school. There are a significant number of you who want to be kept informed about the school situation, so through this newsletter we will share what we know with you on a timely basis. 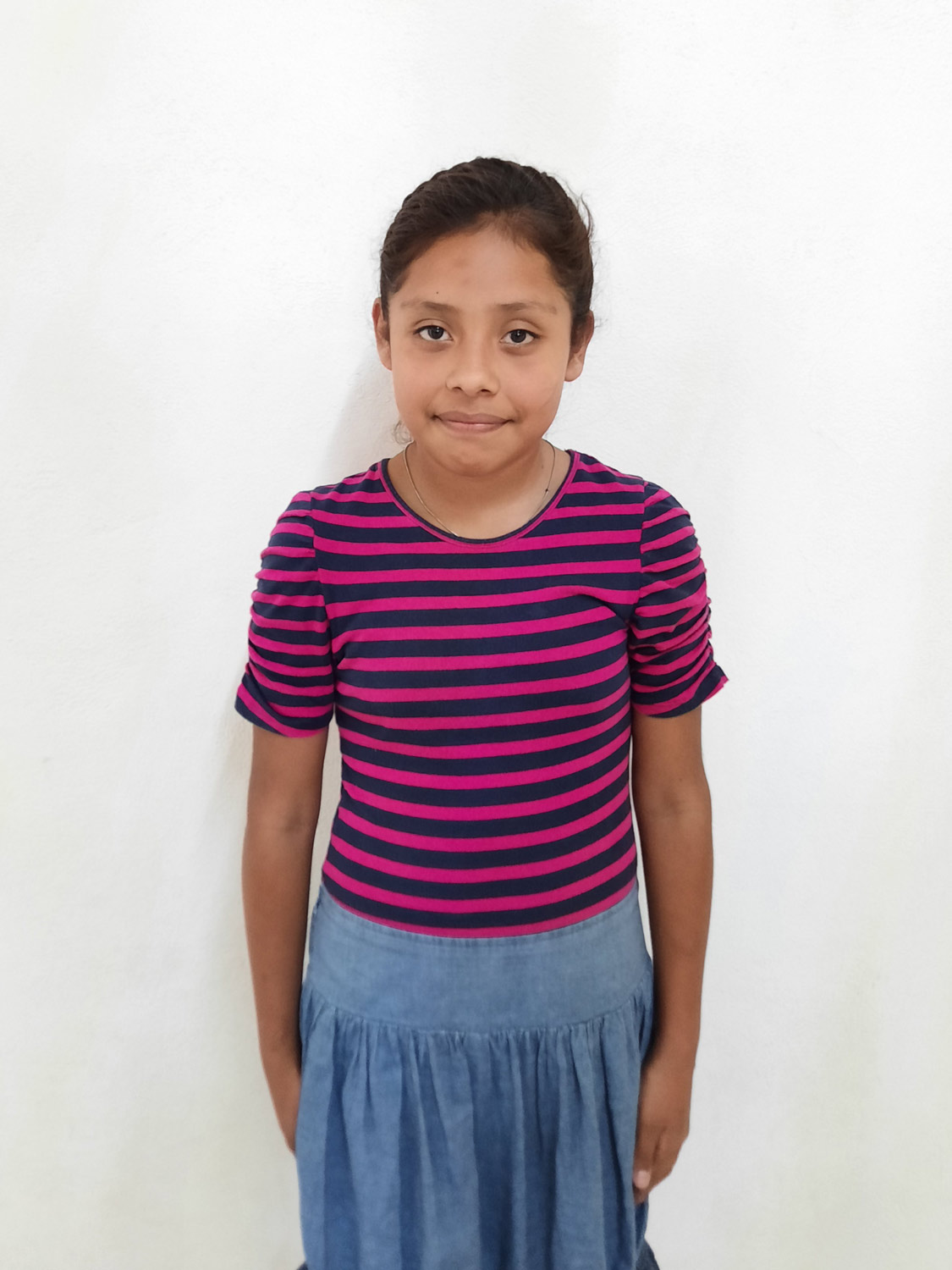 Kriscia’s birthday is February 1, 2010, so she turned ten years of age this past February 1. She arrived at La Familia in the month of August 2020. Her father asked us for support for his daughter at La Familia due to multiple family issues. Kriscia’s mother left home leaving Kriscia’s father at home alone with his daughter. Her dad has many financial issues to deal with and cannot take care of his daughter because of the demands of his job.

Kriscia is adapting quickly to her new life at La Familia. All the children have welcomed her, and now she is listening to the word of God and is trying to understand his great love for her. The directors feel confident that she will soon feel comfortable at La Familia and be able to trust God with her concerns.

Another piece of good news is that they have finally been successful at placing Kriscia in the public school system, and now she is working at home with all of the children in her classes. God is good and Silvia and Juan Francisco know that He has great plans for Kriscia. 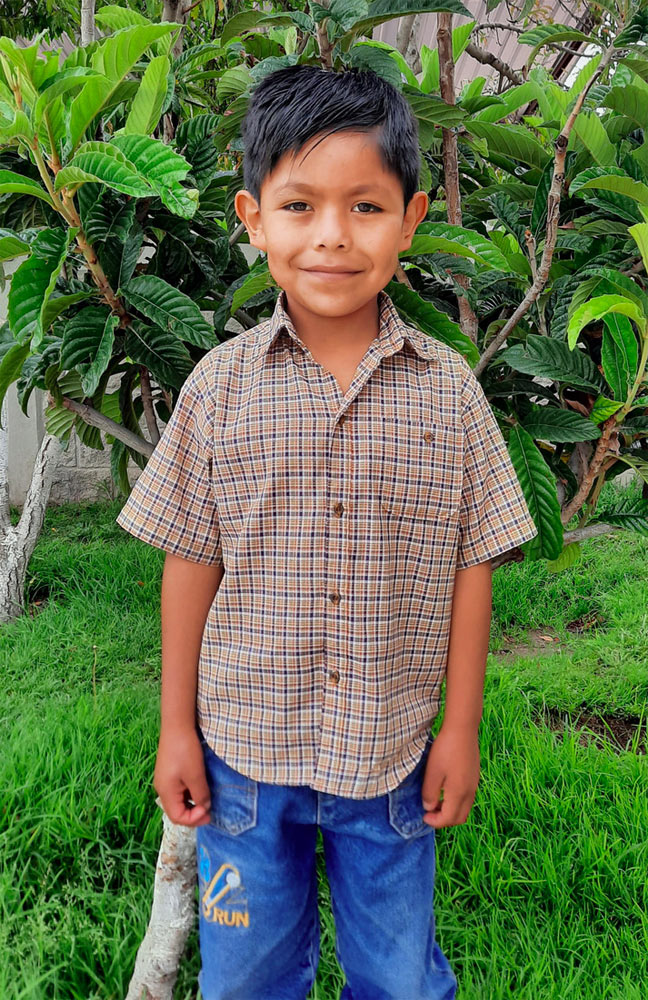 Kevin arrived at Casa Hogar on September 9 of this year, the director of DIF in the town of Sochitlan contacted the directors to ask that they offer their support by agreeing to receive Kevin.

(DIF stands for Desarrollo Integral de la Familia. In English, DIF translates as “Necessary to the development of the family.”) In Mexico, DIF is a government agency that makes sure the children in the country who are in need of care are provided for.

Kevin is 9 years old, he is the youngest of 5 siblings, his mother left home and his father is an alcoholic, DIF intervened in the difficult family situation Kevin was in. They sought the support of Kevin’s family, but the family did not want to support the children. DIF was able to rescue only little Kevin. After 8 months of being housed in a DIF facility, they looked to La Familia to ask the directors if they would accept him at the Casa Hogar.

Today, Kevin is in the safety of La Familia. He is a friendly and calm child, and despite the fact that he has only attended two devotional meetings with the other children, he is very participative and he really likes singing and praising God. He is grateful for having food to eat and very soon he will start with his school classes with the other children in the casa hogar.

The directors are confident that God has a great future planned for Kevin; they pray daily for Kevin and for the remainder of his family. 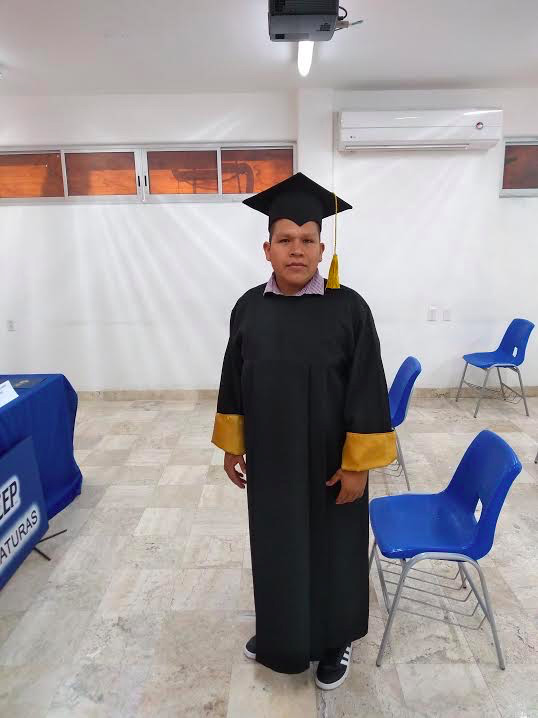 Anyone who has been on a mission trip to La Familia has most likely met Isabel Urbina and her four siblings. We are proud of all of them. Jazmin is in her last year of nursing school. Juan Carlos is working for a casa hogar in Colima. Elise recently gave birth to a little girl in Quecholac. And Mary Fernanda recently graduated from high school in Quecholac.

Gabriel is Isabel’s husband. Gabriel and Isabel, along with Isabel’s 13-year-old son, Josue, and their newborn baby, Baby William, are working as full time volunteers at one of the casa hogars in Colima, where they also attend the University of Colima Business School. Gabriel graduated this spring with a degree in Accounting and Isabel is still attending classes with a goal to also earn her degree in Accounting.

Embrace the Dream has been blessed with sufficient funding to be able to provide the children from La Familia with the financial support to attend the University of Colima if they can meet the academic requirements to gain entrance, and if they can maintain a C grade average.

There is a non profit organization operating out of South Carolina by the name of Education = Hope. I have followed Education = Hope for several years and I have become convinced that with education comes not only a richer life, but an understanding of the essentials necessary to achieve financial independence. One of the goals of Embrace the Dream Foundation is to provide a better future to the children the Lord has given us to rear at La Familia.

Embrace the Dream Foundation wishes to thank all of our donors for continuing to support Casa Hogar La Familia during this extremely difficult time in the life of the home. We are blessed with the best volunteers and directors imaginable. Please pray for all of them that they are able to maintain the stamina to fulfill their responsibilities in the Casa Hogar with the children unable to attend school.

If any of you ever have questions about anything you don’t understand at La Familia, please feel free to call me anytime. My name is Bill Lee at 864-303-8366. My email address is LeeResourcesInc@Gmail.com.